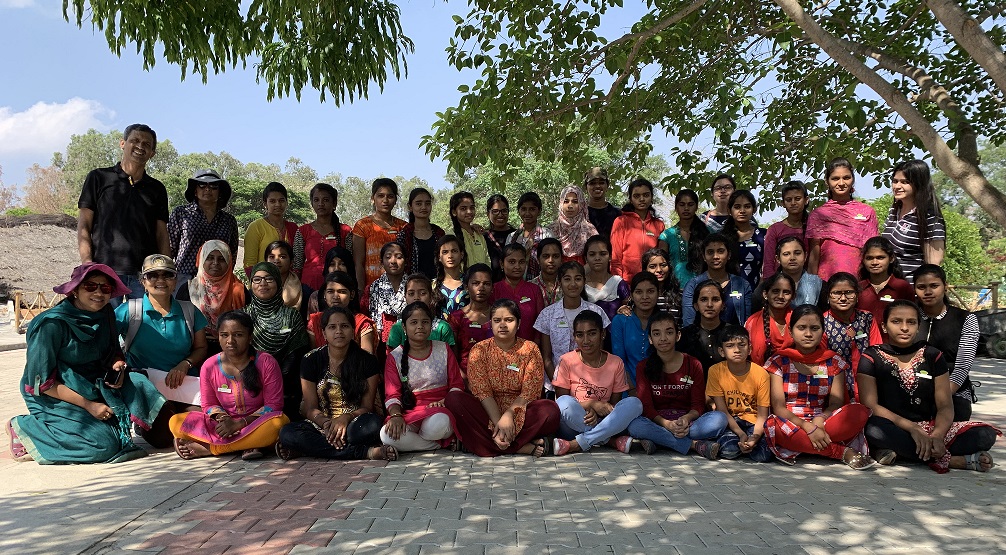 Bengaluru, formerly known as Bangalore, is the capital city of the state of Karnataka. A demographically diverse city, Bangalore is the second fastest-growing major metropolis in India. Literacy rate in Bengaluru has seen an upward trend and is 88.71 per cent as per 2011 population census. Of that, male literacy stands at 91.71 per cent, while female literacy is at 85.40 per cent.

Started in early 2018, Bangalore chapter inducted 65 girls last year from a pool of 450+ girls across colleges in South Bangalore. With support from Convergys and Syniverse, we are able to support these girls. Post Induction, the girls have attended several workshops, career sessions and completed their social activities earlier this summer. For 2019, we’ve managed to secure support form Pegasystems and a couple of other corporate sponsors. The selection process, written tests and interviews, is underway and Induction is planned for late October.Currently, USF is supporting 133 Shalinis at the Bengaluru Chapter.