Our advocacy work is focused on ensuring and enhancing rights of children without parental care. While our practice on child and youth care (CYC) is in India, our advocacy efforts have a larger South Asian focus. Our advocacy is currently geared towards orphans, abandoned and vulnerable children in India. We believe in people-centric advocacy that enables civil society members and organisations to take responsibility to improve the situation of children. Consistent efforts on this front over the last 25 years of our existence has given us several learnings as well as impacted the lives of children, women and youth. Being practioners on child and youth care we believe in all evidence based practice and practice informed advocacy and research.

• Practice on child and youth care: evidence based care models and learning as well as feeding back to improve standards of care.

Impact of Advocacy efforts so far

• A successful Public Interest Litigation in the High Court of Delhi in 2005 was instrumental in getting the ‘Guardian’ column included in the application forms of Board exams in schools. Before this, the form only had ‘Father’ and ‘Mother’ columns, making it difficult for orphaned children to fill up the form.

• Adopting the Child Protection Policy in 2007 by conducting a series of workshops with different stakeholders, including children. This was an effort on our own much before the Juvenile Justice Law of India made it mandatory for organisations to have such a policy in 2015.

• Initiating network of child rights organisations such as the “Justice for Children: A Policy Thought Network”, being active members of QIC&AC that was initiated by Child Rights and You (CRY).

• Instituting the Biennial Conferences on Alternative Care or BICONs, as a South Asia regional initiative in 2014 to offer a one of its kind platform to bring together representatives and experts on child protection from around the world and focus on issues of Alternative Care for Children in South Asian Three such conferences have been held in the month of March in 2014, 2016 and 2018, with huge success and appreciation and facilitated the relationship building with experts in each of these 8 countries.

• In 2014, we also launched an academic, bi-annual journal, “Institutionalised Children: Explorations and Beyond” as a forum to bring together knowledge and resources on research, knowledge and practices in 8 South Asian countries on issues of all forms of alternative care. Since then, 9 issues of ICEB have come out to much public acclaim and the last two issues have been double blind peer reviewed and special editions.

• In 2018, we launched CLAN (Careleavers Association and Network), a network to give voice to youth coming out of care, in Delhi at the 3rd Biennial International Conference in March 2018

We strategically choose the most pertinent issues in child and youth care, that require attention and deliberation. For example, in 2016, for the first time ever, we convened a stakeholders brainstorming meeting to develop a common understanding of trauma informed care approach while caring for children without parental care.

We continuously strive to research, investigate and gather evidence to gain insights into our own work on child and youth care, constantly evolving new methods to improve and upgrade our standards of care. For example, the QANCC effort was initiated to include the voice of children into our care plans, and after 6 years of longitudinal data, we have gained deep insights into subjective wellbeing of children in our group homes.

Recognition by the United Nations Committee on Child Rights Convention

We take pride in the fact that our uniqueness was recognized by the UN Committee on Child Rights Convention, (CRC) in 2012, in the following words: ‘A few attempts have been made by NGOs such as Udayan Care (a Delhi-based NGO) to promote group foster-care model, providing long-term residential care for orphaned and abandoned children above six years of age”.

By using persuasive and consistent methods that deliver platforms for debates and dialogues on different aspects of Alternative Care for children, we influence policy and decision makers. We have held a number of Seminars, workshops and consultations.

In 2009, we organized two Mental Health Workshops to advocate mental health as a right of the child, as adopted in the Juvenile Justice Act. In 2013, two symposia were conducted on Aftercare under the banner of the newly formed association, “Justice for Children: A Policy Thought Network”. In December 2016, we organised a 2 days consultation on Alternative Care in New Delhi, supported by UNICEF. In March 2017, a one day consultation was organised on ‘Trauma Informed Care for children living in Alternative Care’.

Udayan Care has been organizing various seminars on issues related to institutional care—particularly those related to mental health and aftercare programmes—since 2009. Apart from regional seminars and workshops, we have instituted the ‘Biennial Conferences on Alternative Care’, focused on South Asia. This initiative unites representatives from countries in southern Asia concerned with the domain of child rights, child protection and mental health, in order to focus on the issue of mental health, care and protection of children living in institutional care. Three such conferences have been held in 2014 , 2016 and 2018, garnering huge success and appreciation.

Capacity Building and Trainings with stakeholders

Presentation of information at National and International Conferences

We have published a series of papers which cover issues of at-risk, out of family support network children, which were presented at different national and international fora. For example, ‘Trauma in Institutionalized Child Care and guidelines on how to deal with it’, which was presented at ASCAPAP, New Delhi, India, Sept 2013. Others include ‘Udayan Ghars (Sunshine Homes)’; ‘Udayan Care’s (Sunshine Homes) After Care Program: A Unique Model of Transition from  Children’s Home to Independence’, presented in Melbourne, Australia; ‘A longitudinal Study in Progress on Assessing Needs of Children in Care (ANCC)’; poster on ‘Aftercare’ presented by Dr Kiran Modi in Geneva.

Issues that matter
Research based approach
Recognition by the United Nations Committee on Child Rights Convention
Seminars, workshops and consultations
The BICONs
IEC materials
Capacity Building and Trainings with stakeholders
Presentation of information at National and International Conferences
Previous Pause Next 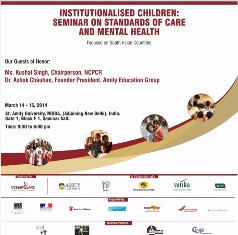 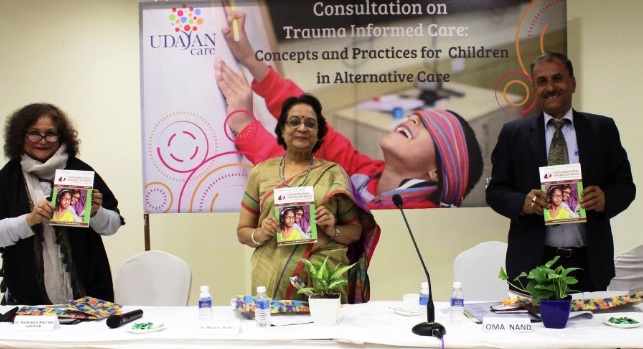 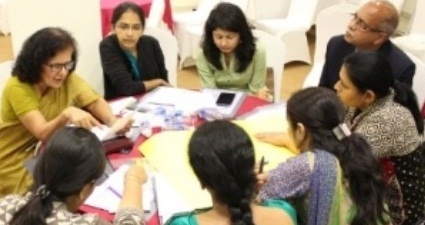 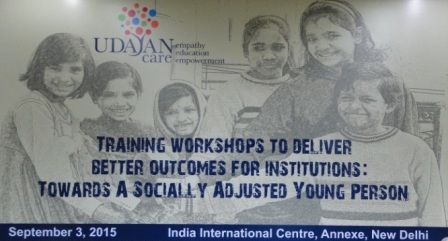 Institutionalised children exploration and beyond